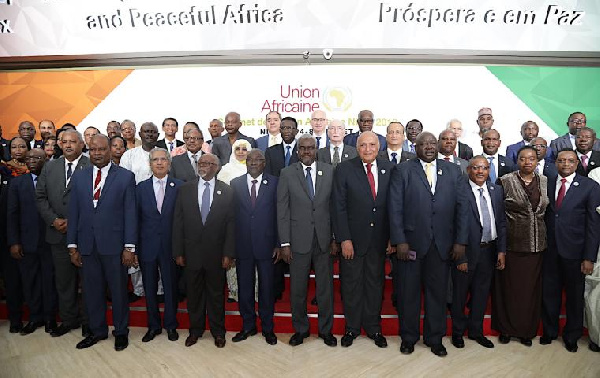 “I cannot overstate the importance of this agreement and what has been achieved,” Mohammed told an extraordinary summit of the African Union (AU) in Niamey, capital of Niger. “Africa’s economic integration was the long-cherished vision of the Organization of African Unity, the precursor to the African Union.”

The AfCFTA, regarded as the world’s largest trade area encompassing 54 countries and 1.2 billion people, “will bring the promise of trade-led economic growth closer to reality for Africa’s entrepreneurs, industrialists, investors, innovators and service suppliers,” she said.

It “will create jobs and contribute to technology transfer and the development of new skills; it will improve productive capacity and diversification, and it will increase African and foreign investment,” Mohammed said.

The AfCFTA is “a tool to unleash African innovation, drive growth, transform African economies and contribute to a prosperous, stable and peaceful African continent, as foreseen in both Agenda 2063 and the 2030 Agenda for Sustainable Development,” she said.

The continental free trade area agreement, which was launched on March 21 last year in Kigali, capital of Rwanda, also on Sunday added Nigeria, Africa’s most populous and largest economy, and Benin to its growing list of signatories, leaving Eritrea as the only member of the African Union that has not signed onto the historic accord.

The AfCFTA, among its major aspirations, calls for a single continental market for goods and services, with free movement of business persons and investment, paving way faster establishment of a customs union.

Once fully operational, the free trade accord is projected to boost the level of intra-Africa trade by more than 52 percent by the year 2022, according to the UN Economic Commission for Africa.

According to the AU, the AfCFTA “has laid the foundation” for what could be the world’s largest free trade zone by the number of participating countries, covering more than 1.2 billion people with a combined gross domestic product of 2.5 trillion U.S. dollars.