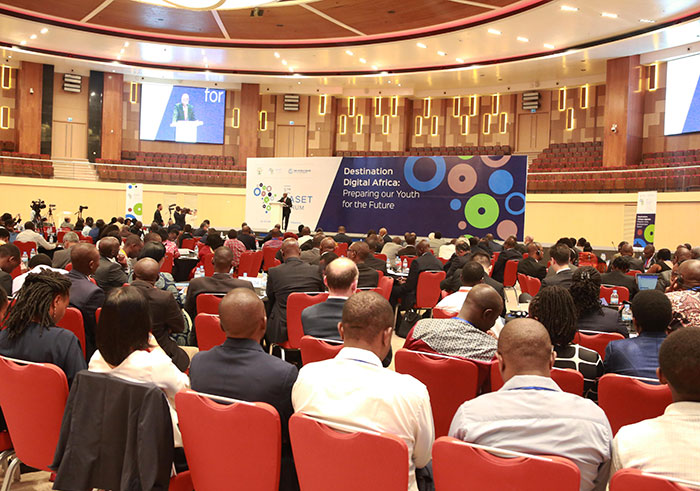 African countries should work together to invest in digital skills among the youth in higher learning institutions and Technical and Vocational Education and Training (TVET) to harness the potential of technologies.

This, experts said, will spur economic growth through more efficient production and provisions of services.

This was observed on Monday at the beginning of the 5th Regional Forum for the Partnership for Skills in Applied Sciences, Engineering and Technology (PASET) in Kigali.

The three-day forum, which brings together experts from different fields, including the academia, is focusing on the Fourth Industrial Revolution and its opportunities and risks for Africa.

It also aims to share global best models and approaches to adapt in higher education and TVET ecosystems to disruptive changes brought about by the Fourth Industrial revolution and digital economy.

Experts said that there is a huge gap to bridge in efforts to equip the youth of Africa with digital skills for the future.

They said that while the Fourth Industrial Revolution offers tremendous opportunities to countries, at the same time, it presents serious risks such as unemployment as it is expected to disrupt job markets and skills requirements.

For instance, up to 800 million workers could lose their jobs by 2030 as a result of automation, according to Mckinsey Global Institute.

The World Economic Forum also reports that 65 per cent of Primary School children today will have jobs in the future that do not exist yet.

By 2050, more than half of the world’s young people under the age of 24 will be living and going to school in sub-Saharan Africa, according to the 2017 UN population report.

It is also the only place in the world where the number of people under the age of 24 is increasing.

With a rapid growing youth population and 11million new graduates entering the African job market annually, experts urge that it is imperative that Africa keeps up with the transformative changes and adapts it is education ecosystem to ensure its ability relevant training.

While launching the forum, the Prime Minister Edouard Ngirente said thefocus should be on the implications of the Fourth Industrial Revolution (4IR) and Digital Economy on Higher Education and Skills Development in Africa.

He pointed out that a highly educated labour force was the significant catalyst for transforming Africa’s economies calling for a continuous investment in education and skills development, a required for the labour force and a way to create more jobs in manufacturing and service sectors while increasing these sectors productivity levels.

“This revolution will offer Africa opportunities that will accelerate economic transformation into higher rates of productivity and growth,” he said.

He noted that the Fourth Industrial Revolution would focus on building high-level ownership of African countries in initiatives and actions that are necessary to prepare Africa’s youth for a digital future.

“It is through digital literacy and advanced skills acquired in Higher Education and TVET that Africa will be able to benefit from the Fourth Industrial Revolution. The ultimate goal is to build all required skills to produce relevant technologies for Africa’s innovators, entrepreneurs and future leaders,” the premier said.

He added that the continent is still faced with the issue of numeracy, stressing that the ambition should be to consider mathematics as an important tool that would help students develop their analytical thinking.

“It is high time that all African countries, as they have done in promoting literacy, set up strategies that will guarantee teaching of mathematics at all levels of education,” he noted, adding that languages should not be put aside as they are also the medium through which mathematics and other sciences are taught.

According to Prof. George Magoha, the chair of PASET governing council, African continent has to promote digital jobs.

He said that there is also need for universities that carry out research that respond to African problems.

It will be done through capacity building for research, innovation support and scholarships for at least 10,000 PhD training, doubling the number of PhDs in Sub-Saharan Africa in the next decade.

Namibians challenge Germany to be remorseful on genocide