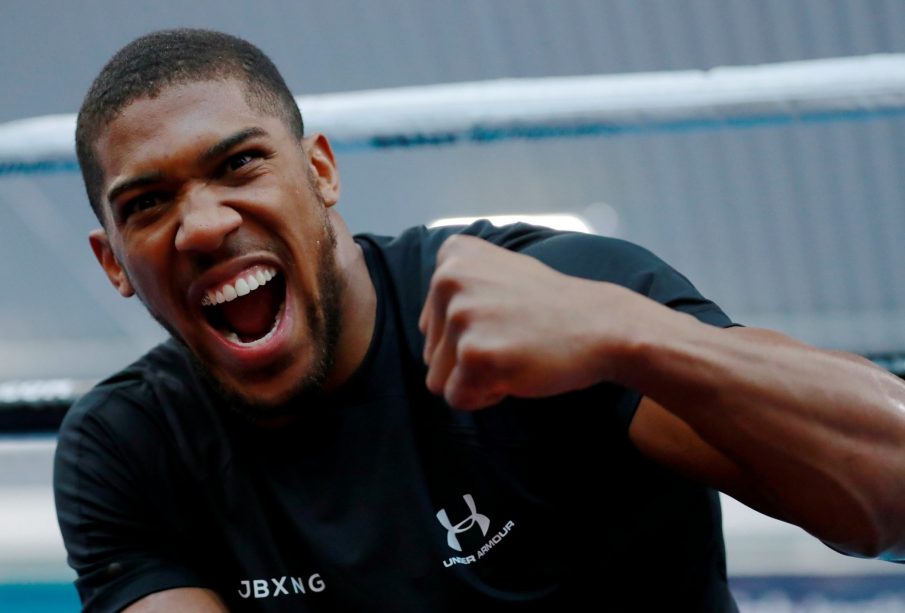 After the disappointing saga of drugs test failure of Jarrell Miller, the World Boxing council has found a replacement to fight Anthony Joshua on 1st June 2019. The new challenger to be confirmed is Michael Hunter. This is all happening on the back of Jarrell Miller recording the worst case of drug test failures on record, Joshua was left with no choice but to find an alternative fighter to make his American debut. Very quickly, former cruiserweight world title challenger Michael Hunter becomes the favoured replacement.

WBN released a shortlist just hours after Miller’s failed test. Hunter was the top name on the pile. It’s understood talks progressed swiftly last month and will be concluded with relative ease for Hunter to take Miller’s spot. Hunter was due to fight on the undercard of Oleksandr Usyk on May 25. Usyk is the only man to defeat Hunter. The Ukrainian has also been mentioned as a future opponent for Joshua.

At this stage, it was far too early for Usyk to be considered. Unlike Usyk, Hunter has acclimatized to 200 pounds plus. The 30 year-old has three impressive wins at heavyweight. Hunter is in good shape despite being a massive underdog against Joshua and poses a dangerous opponent that could not be under rated in boxing. Luis Ortiz is the preferred choice but has so far ruled himself out.

Barring a massive U-turn by Ortiz, Hunter will get the nod. Holding four versions of the top division crown, Joshua is a formidable force at the weight. Speaking earlier about the possibility of facing AJ at Madison Square Garden, Hunter was largely unfazed by the task. “I like the sound of [the AJ fight]. It’s heavyweight boxing so any time you get to that weight class. Everybody has dynamite in their hands,” Hunter told the press.

“I’ve been training all my life for fights like this so I would not miss the chance to fight Anthony Joshua. I respect him because he’s won a gold medal. He’s done amazing things in the pro game. Joshua is big and strong. He has a lot of people behind him.”

“He’s a great fighter and he has accomplished a lot of things. The things that people do say about him is that he is a little green in certain areas and he is still learning. “But he is always willing to learn so that’s always a good thing. If I fight him, it’s definitely going to be a test and all the truths will come out. “There are a handful of guys who should all be competing with each other and can make great fights happen. But I don’t think he stands out as the top one.”

When official, Joshua v Hunter will top a huge card featuring an undisputed women’s lightweight title clash between Katie Taylor and Delfine Persoon. Kal Yafai puts his WBA superflyweight strap on the line against Nolberto Jimenez, whilst Kell Brook and Callum Smith are also pencilled in to feature. Rounding off the current confirmed bill are Brit stars Joshua Buatsi and Josh Kelly. More fights are expected to be added soon.