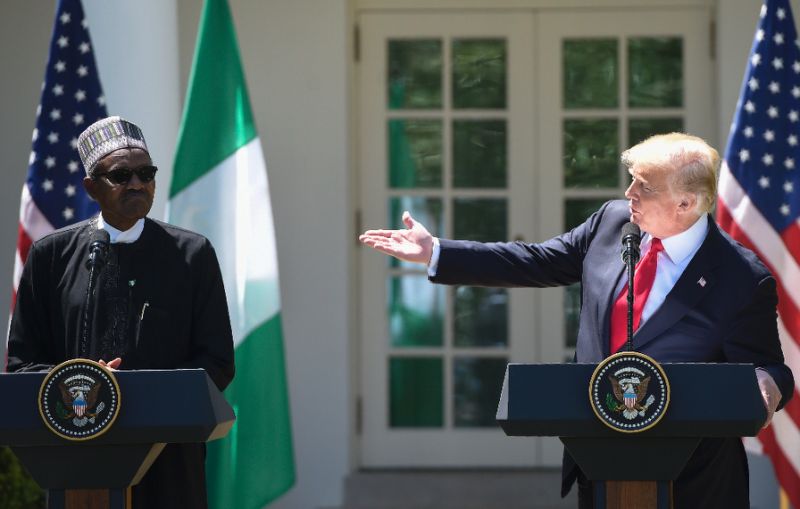 Christians in the north, under the umbrella of Voice of Northern Christian Movement in Nigeria (VNCMN) have petitioned the United States President, Donald Trump, over alleged ethno-religious cleansing in southern Kaduna and other parts of the country. But a senior government official in Kaduna State debunked the allegations, describing them as products of politics.

The Christians specifically alleged that since the emergence of Nasiru Ahmed El-Rufai as the governor of the state, peace has evaded the erstwhile peaceful Kajuru chiefdom in Adaraland.

In an official protest letter to Trump through the United States Embassy in Nigeria, the Executive Director of VNCMN, Rev. Kallamu Musa Ali Dikwa, said that under President Muhammadu Buhari, peace has continued to elude the Adaraland and other parts of the country.

The Christians said: “Through divisive and poisonous utterances and policies, the people in Adara chiefdom have never been more divided along religious lines.

“In Kaduna State, he (El-Rufai) unilaterally proposed to create a purely Islamic emirate for the handful of Muslims in Kajuru town over large swathes of ancestral Adaraland. This, coupled with vindictive arrests and detention of any outspoken Adara citizen, has shattered any existing cordial relationship among the people in the area

“In the light of the foregoing, the Chief of Adara, Dr. Maiwada Raphael Galadima, was invited for a meeting with El-Rufai and while returning from the meeting with the governor, he was ambushed and abducted together with his police guard, wife and daughter. The wife and daughter were eventually released but the police guard and the chief were murdered. Since then, the Adara chiefdom and the entire Kajuru Local Government Area have been faced with constant threats, attacks, killings and mayhem.”

According to the group, El-Rufai, in public, told the entire world that he had given millions of naira to the Fulani terrorists to stop attacking the people of southern Kaduna.

The VNCMN wondered why the unpleasant situation is being foisted only on Southern Kaduna which is predominately inhabited by Christians. “Why is it that there is no government gazette on District and Villages Restructuring (Amendment) Order 2018 in respect of the northern part of Kaduna but only southern Kaduna? Gazette is supposed to be made in respect of emirates and chiefdoms at the same time as published by the Kaduna State Government of Nigeria in No. 21 vol. 52 under the Kaduna State Legal Notice No.1 on the 16th August, 2018 which was enacted without due process.

“In line with the policy thrust of the present administration to reduce the cost of governance, the state executive council resolved to restructure the districts and villages with the making of the Districts and Villages (Restructuring) Order 2017. One now wonders why this restructuring was targeted at only Southern Kaduna who had hitherto lived in peace.

“From the foregoing, it is clear that the focus of Governor El-Rufai and the Federal Government is pointing to the Islamic agenda, with a view to taking over all Christian settlements, villages, towns, districts, local governments and the entire state to the detriment of the Christians.”

The group then called on President Trump and the international community for a lasting solution to the act of lawlessness and intimidation of the Christian community in Nigeria.The petition which was made available to journalists in Kaduna, further read: “The government has taken the Christians’ tolerance and kindness for granted, thus the incessant hostility and ceaseless threats, attacks, kidnappings and mayhem leading to destruction of lives and property.

“The government has backed the Fulani herdsmen’s perpetuation of evil under the guise of cattle rearing as a profession by enacting policies such as cattle ranch business and grazing reserves to the detriment of the Christian communities.

“No wonder that the news going round is that they are to disburse over N100 billion to Boko Haram and Fulani herdsmen ethnic militia as part of amnesty programme. All these are smokescreen policies to equip them with lethal weapons to harm the Christians.”

The VNCMN, which lamented that all the security organisations in the country had failed to bring the menace to an end, said no single terrorist organisation should be more powerful or stronger than the whole armory of a nation.But a Kaduna State government official last night denied the allegations.”Kajuru LG is where Kaduna lost its innocence. It is the scene of the first ethno-religious crisis in the state which occurred in Kasuwan Magani town in 1980, during the government of Alhaji Balarabe Musa,”

“Security challenges should not be politicised, ethnicised or given religious colorations. Kidnappings, robberies and other forms of banditry are challenges in several parts of the country,” the source further said. “The Kaduna State Government is doing its best to contain the situation and secure communities. The state government worked with the FG to establish permanent army and police formations in southern Kaduna, a demand that had been pending for 30 years.

“People should be wary of liars masquerading as priests. The late Agom Adara was not coming from a meeting with the Governor of Kaduna State when he was kidnapped. He and his wife were returning from a send-forth prayer for his niece who was about to be married.”

The National President of Pentecostal Fellowship of Nigeria (PFN), Rev. Dr. Felix Omobude in his reaction said: “I’m just hearing about the Voice of Northern Christian Movement in Nigeria (VNCMN). When you look at what is on ground and the apparent helplessness of government to forestall the situation they have right to their opinion. Anyone that is being killed has the right to cry. All this while, the killings have been on and the government has not been able to curtail them.”

Efforts to reach the secretary of the Jama’atu Nasir Islam (JNI) Dr. Abubakar Khalid for comments on the petition by the Christians in the North to President Trump were futile. But Muslim Rights Concern (MURIC) through its director and founder, Prof. Ishaq Akintola noted: “We are not surprised at this kind of development. Let them go ahead if Trump owns Nigeria, let them go ahead and report to the rest of Christians in the world. They are simply making things worse. Trump cannot dictate to Nigeria. I think they have shown that they lack patriotism, it is myopic of them and highly parochial.”

Guns are smuggled to us from Ghana & Burkina Faso – Nigerian ...