Dolphin deaths in Mauritius rise to 25 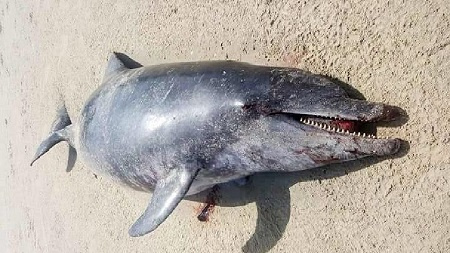 The number of dolphins found dead in Mauritius, where the sea has been polluted following a huge oil spill last month, has risen to 25, causing more sadness and anger among locals.

A further seven dead dolphins were found on Thursday morning by residents off the south-east coast in Grand-Sable and Pointe-aux-Feuilles.

The mammals have been sent for a post-mortem examination to establish the cause of death.

A total of 18 dead dolphins had swept to shore on Wednesday, with environmentalists blaming their deaths on the oil spill caused by a Japanese-owned vessel that ran aground on coral reef on 25 July.

The fisheries minister said that “at first glance” their deaths did not appear to be connected to the spill.

Nigeria slams Ghana over ‘harassment of its citizens’