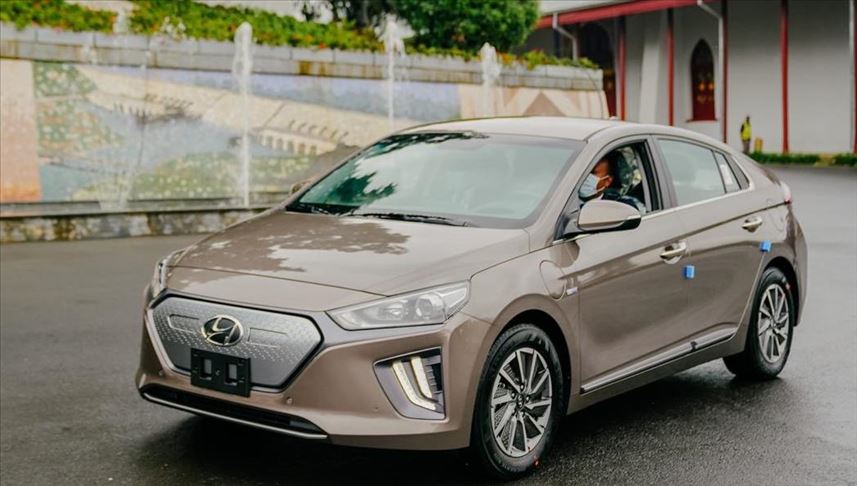 Marathon Motor Engineering, a local automotive firm, said that electric cars would be roaring in the capital sooner than later as it has finalized its preparation to assemble 36 ultramodern, cost-effective and environment-friendly electric vehicles in daily operation.

The firm also reiterated that the vehicles would be sold at affordable price for individual and enterprise customers capitalize on the government’s tax reduction and other incentives for the automotive industry.

Approached by The Ethiopian Herald, Marathon Motor Founding CEO Melaku Assefa said that the commencement of the new electric cars’ assembly line is aligned with the government’s priority to build a climate-friendly economic growth as the vehicles have zero emission of carbon dioxide. The electric vehicles have also a paramount importance in reducing the hard currency the country has been incurring to the importation of petroleum and diesel.

Prime Minister Abiy’s government has taken unprecedented measures in incentivizing automotive firms engaged in car assembling business in reducing the excise tax levied in new cars from 50 to 30 per cent thereby making the vehicles more affordable for the growing middle-class. The government’s measure also aims at discouraging the importation of old cars that drain the hardlygained hard currency for maintenance and importation of spare parts and they are environmentally hazardous.

According to the CEO, Ethiopia’s growing middle-class coupled with government’s huge investment in the hydroelectric projects that will make electricity more accessible and affordable, will help to boost the local demand for electric cars. Owning electric cars have benefits in cutting fuel maintenance and service cost and the vehicles are easily chargeable in charging stations as well as household electric supply and could travel up to 300 kilo meters per single charge.

Melaku indicated that the electric cars will have been assembled by local automotive professionals in a view to paving knowledge, skill and technology transfer and the activity will also avail a sizeable job opportunity for youth graduated from technical and vocational education training institutions.

Noting that the company plans to assemble different capacity of electric automobiles, SUVs, minibus, midi bus and trucks, he called on the government further deduct the tax rate leveled in new vehicles so as to enhance affordability and ensure forex allocation to sustained operation.

Regarding Marathon Motor’s involvement in the national COVID-19 response, the CEO pointed out that the company donated half-a-million Birr to the National Task Force that is designated to mobilize funds for pandemic. Estimates indicated that currently more than one million registered vehicles in Ethiopia.

Also Read:   Could the Sahara Turn Africa into a Solar Superpower?

Botswana Premier League gets autonomy, independence from the Football Association