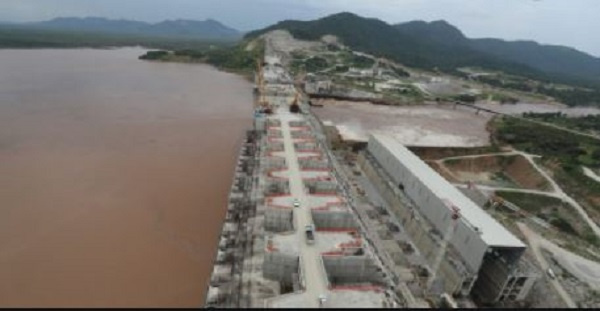 Ethiopia’s dam on the Blue Nile will produce electricity within the next 12 months, the Reuters news agency quotes President Sahle-Work Zewde as saying.

She was echoing comments from other officials earlier in the year.

There are already 4.9 billion cubic metres in the reservoir sitting behind the Grand Ethiopian Renaissance Dam (Gerd) after the first year of filling.

This means that the water level has reached the height of the first two turbines.

When completed in the next few years, Gerd will be the largest hydro-electric plant on the continent.

But its development has been a source of tension with Egypt downstream.

Ethiopia’s aviation authority has announced a ban on aircraft flying over the dam site for security reasons.