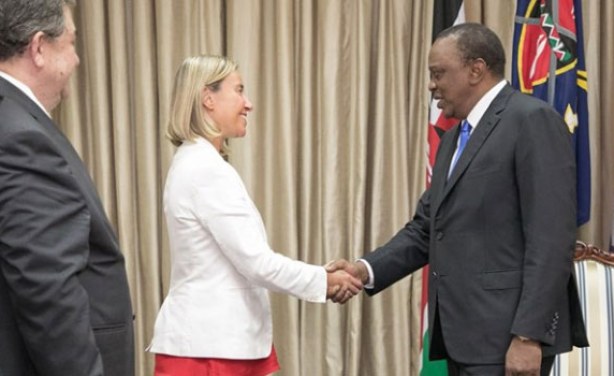 The European Union Mission in Nairobi has unveiled a new embassy making Kenya the seat of its second largest foreign mission in the world.

“We see Kenya as not only a gateway to the region and to Africa but also as an important hub. I was pleased to inaugurate our new EU embassy here in Nairobi; it is the second largest in the world and this is not by coincidence,” she said.

“Our investments both economically, and politically, in terms of security cooperation is key for the European Union and we value Kenya’s partnership enormously,” Mogherini added.

The two diplomats discussed cooperation in the areas of regional security, trade, and the blue economy.

First Ladies in Africa – a Close Look At How Three Have ...