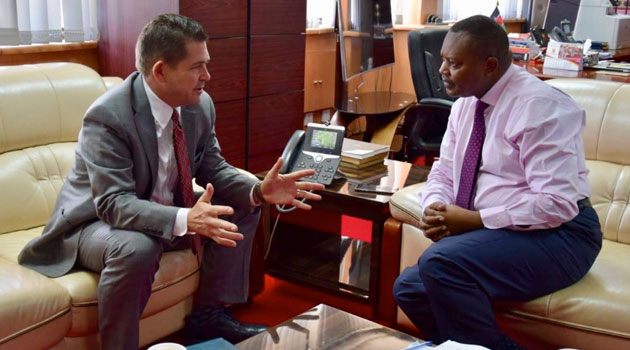 Kenya has benefited from a counter-terrorism investigations training by United States Federal Bureau of Investigations experts.

Some 33 police officers and prosecutors drawn from the Office of the Director of Public Prosecutions underwent a 10-week course which will enhance their knowledge in the war against terrorism.ADVERTISEMENT

US Ambassador to Kenya Kyle McCarter who spoke during their graduation on Friday defeating terrorists requires multi-faceted investigative tools saying this training ensured that counterterrorism officers understand the appropriate techniques.

“The United States is proud to offer the counter-terrorism investigations course to Kenya,” he said.

He said they also focused on the need for criminal justice system agencies to work together while upholding the rule of law and human rights.

They learned techniques to detect, investigate, prosecute, and interdict terrorist activity and to conduct intelligence-led investigations and operations.

The goal, the ambassador said, is for officials across the counterterrorism sector to learn how to work together effectively to find, stop, and prosecute terrorists successfully.