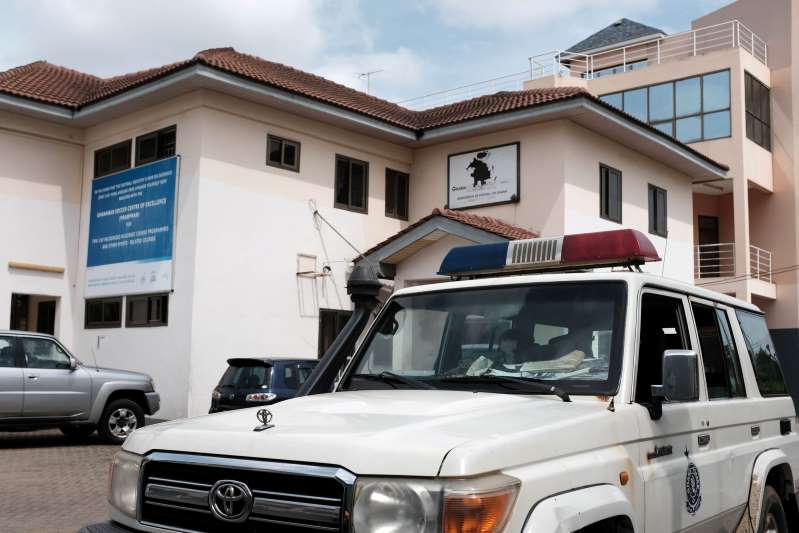 An off-duty police officer L/Cpl Kingsley Boahen has been gunned down by armed robbers at Mankessim in the Mfantseman Municipality in the Central Region. The incident took place in the early hours of yesterday when the deceased who was in mufti and walking along a road close to the scene of the armed robbery operation got hit by a bullet.

According to the Central Regional Police PRO, ASP/Ms Irene Sowah Oppong, upon hearing that an armed robbery was taking place at the Zein Filling at Mankessim, the Divisional Command dispatched a patrol team to proceed to the location. Upon reaching the place, she said the armed robbers engaged police officers in a shootout but eventually scaled a nearby wall and fled.

A gunshot was heard nearby after the shootout and after a search, the lifeless body of the police officer was found. The body of the deceased was conveyed to the Cape Coast Hospital mortuary for preservation and autopsy investigations have commenced.

The Inspector-General of Police, Mr. James Oppong-Boanuh, and other police management board members visited the crime scenes yesterday.

“We have noticed that one officer has been shot dead and two others are injured,” he confirmed, adding “we have started our investigations. We have had an initial crime scene team and a beef up from Accra to investigate the matter.

” The Police Administration later announced GH10,000 reward for anyone with information that would lead to the arrest of the suspects who shot and killed the policeman.

Could the Sahara Turn Africa into a Solar Superpower?