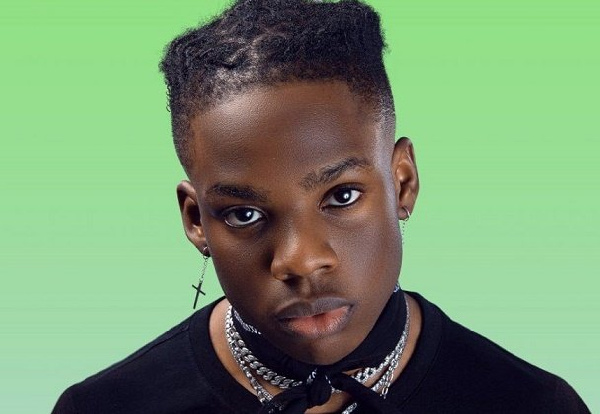 Nigerian Afrobeat singer and rapper, Rema, has acknowledged that he sees all the tags from Ghanaian girls showing him so much love on social media and he appreciates and loves them also very much.

He said in a phone interview with Kojo Manuel on the Dryve of your Lyfe which airs on YFM that the only time he got to see his Ghana girls was during his performance last year at the Afronation concert when he got the chance to share his sounds live and direct with them, touch their hands and talk to them for a while.

Replying to why he has such a huge fan base consisting mostly of ladies, he said, “I think they have deep connections with my love songs and it’s beautiful seeing them appreciate my sounds and all the hard work I put in the studio”.

The ‘Dumebi’ singer promised that he has a lot of music coming up for his fans, both singles and his first album, however, he did not reveal when the album will be released because according to him, that is all on the team.

“We’re just putting in work, making sure that everything clicks, and we’re waiting for the perfect timing as well. Studying the whole world balance and how we’re going to kickstart our tour and make sure that Ghana, the rest of Africa and the whole world feels us well. Just connecting the world with music,” he added in conclusion.