Home›Politics›Is Kenya in Upward Trajectory after the 2017 Elections ?
Politics 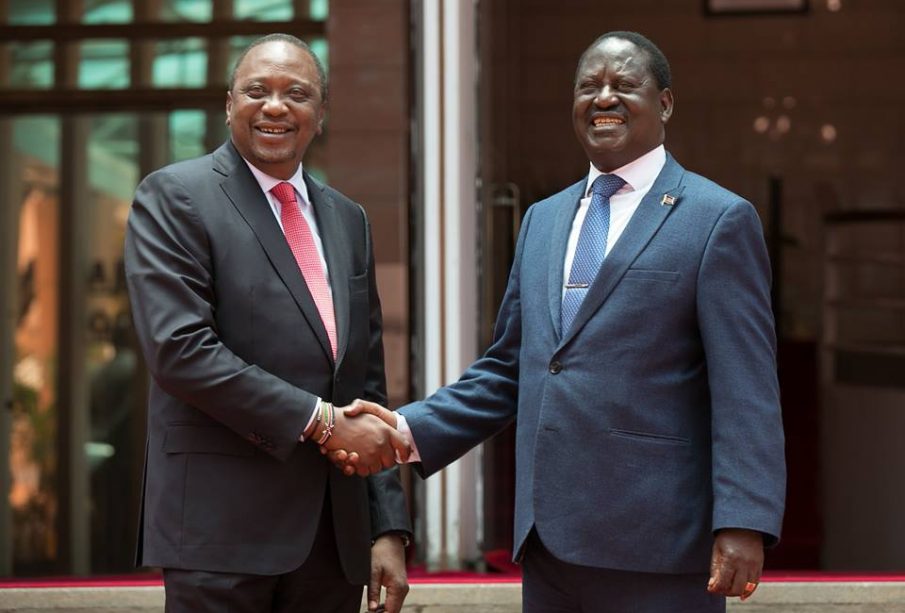 Protests are fascinating to study not only because they are exciting moments when old regimes fall and new orders arise, when the power of the people takes to the streets, but also because they are a window onto broader social and political questions the uprising witnessed in Africa of late in Sudan, Algeria and the most barbaric xenophobic attacks in south Africa point something most African leaders are ignoring at their risk.

The surging and growth of educated youths in the continent without jobs is a time bomb about to explode, whether the feeling of youths are true due poor leadership, corruption and corrupt regimes that is making it difficult to penetrate the already congested market of job hunting or entrepreneurship.

It’s still debatable whether the projected growths per countries by world financial institution like IMF or World Bank are really felt deep down in the villages. Kenya is one country, which have been with mixed fortunes in the global scale both financially and politically, especially after the general elections of 2017. It was first marred by controversies and then later the boycott by the main opposition party overshadow the whole electioneering period but may be the death of senior manager at the electrical body and resignation of one the astute figure just be the elections day created confusion and mistrust on the whole process. There have been also some sporadic terror attacks here and there in Kenya, but one thing you have to give the Kenyan people standing ovation for is their resilience and humility even during the hard times.

Anyway, fast forward, after the elections and swearing in of the opposition leader as the people’s president, was the epitome of the whole confusion never to be acted according to public script at a time when the global lenses were all zoomed at 4K resolution on the aftermath. How the succession debate being mooted going to materialize or the government of Jubilee was going to arrest the opposition figures’ we were all shocked when the president and opposition leader came out from the Harambe house the president office to the glaring cameras with heartily greetings which later on was referred to the handshake. By the Kenya has been pacesetter in many ways, if you talk about mobile money transfer without mentioning Kenyan then that will be injustice to the friendliest creatures on earth.

The handshake as it is famously known bring normalcy and individuals and organization are trooping back to Kenya be it for business, leisure or connecting to other African countries, that’s why Jomo Kenyatta International Airport’s (JKIA) was ranked as the best Airport in Africa and 38th globally by the Air help worldwide ranking group in the 2018 Air Help Annual Score ratings of the world’s best airlines and airports.

One of the pioneer awards in Europe and The Netherlands made its foray into the Kenyan soils that’s after over a decade of recognizing Africa and friends of Africa. The Voice Achiever’s awards will be held in Kenya from the 15th -16th August 2019. How will Kenyan and East African benefit from the Voice Awards may be many will be wondering, I will quote what George Wachiuri, The Africa Business Personality Award winner 2018.

“This Award is a door opener to do more in Africa in terms of achieving the well-being of African people, job creation and shelter provision to the people of Africa This Award is a big blessing to our massive diaspora clients whom we have been empowering to acquire properties in Africa, allowing them to take part in building this great continent and its people, not tomorrow, but now. The Award is a big win to all diaspora who believe and support the Optiven Group’s vision”

Being nominated from Kenya to come and collect the award in The Netherlands was appreciation and recognition of African by Africans no matter the geographic demographic, so long as there is good deeds and impactful achievements whichever way its beings seen The Voice Achievers Award ceremony is to encourage Africans and friends of Africa in various fields of human endeavours to do more and attain an outstanding status. We are in no way saying these people we have chosen are the best, but they do have outstanding qualities that we are proud to present to the world.

This Award is unique because it offers not only recognition per excellence to the winners but also create an opportunity to meet other professionals and entrepreneurs from other communities around the globe in an interactive atmosphere to exchange new ideas and expand their networks. We recognize governments, institutions, entrepreneurs as well as charities, social enterprises and those businesses that are making proven positive social or economic impact on Africans or in African countries.

Will you be in Kenya in August and be part of the globe network, Networking is not about just connecting people. It’s about connecting people with people, people with ideas, and people with opportunities. Your opportunity whether in business, entrepreneurship or Government institutions. “ As the Zambian proverb will tell you the worlds of the elders do not lock all the doors; they leave the right door open.”

By Abeka Salim Abdallah. He is a Kenyan and on the team of The Voice magazine putting this event together.