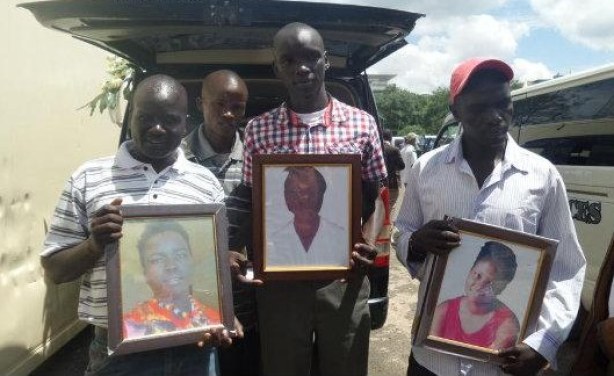 A Kenyan court has found three terror suspects guilty of the April 2015 Garissa University terror attack in which nearly 150 people, mainly students, were killed. A magistrate set sentencing for next month.

Nairobi Chief Magistrate Francis Andayi entered a full courtroom, where members of the public, including relatives of the victims of the 2015 massacre, waited for six hours to hear the verdict. The four suspects sat handcuffed in the dock, heads bowed, during the reading of the judgment. It lasted several hours. Three co-defendants were found guilty of conspiracy to commit a terror attack.

There was insufficient evidence to link one suspect, Sahal Diry Hussein, to the attackers or any of the accused persons.  Sentencing has been set for July 3.

The April  2, 2015, attack claimed 148 lives. Several attackers were also killed by security forces in the assault on the school. The four suspects were arrested weeks later.

Kenya has been the scene of several terror attacks linked to the al-Shabab militant group since it sent troops to Somalia. The Garissa University attack is one of the worst attacks on Kenyan soil.