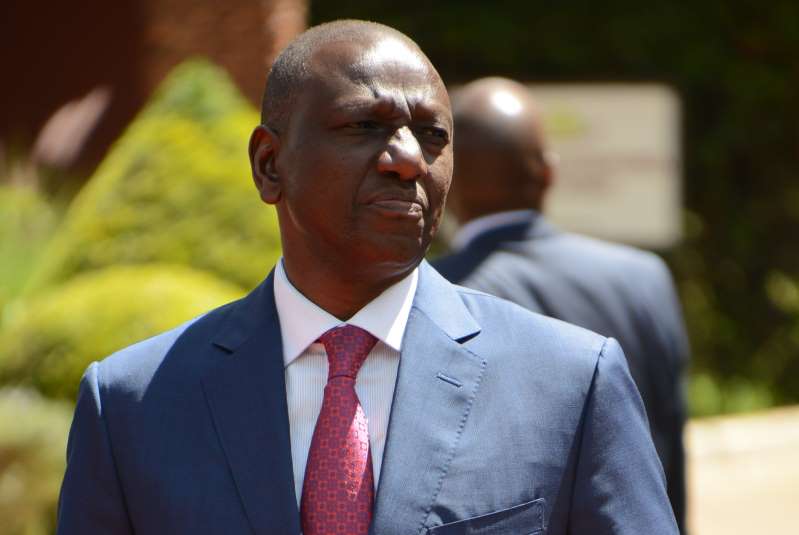 Deputy President William Ruto has promised to run a clean government free of graft if elected to succeed President Uhuru Kenyatta in 2022.

The Sugoi-born politician who has been labelled by critics as the “face of corruption” said his government will be development-oriented and no single cent will be left hanging for anybody to steal.

Speaking to NTV on Thursday, January 23, night, the DP who has made clear his intentions to succeed Uhuru in 2022 allayed claims that he was a corrupt man who has messed up and tainted the image Jubilee government.

He accused his political nemesis of running a negative narrative about his source of wealth merely to tarnish his reputation and consequently scuttle his chances of succeeding Uhuru.

Ruto also dismissed assertions that the president’s heightened war on corruption was targetting him, insisting he was a clean man with a clean conscience hence nothing to worry about.

“I don’t think the war against corruption is targeting me, until it becomes apparent. Why are you saying I’m corrupt because I’m running for president yet I’m a son of a peasant,” he said.

The erstwhile chicken farmer who rose through the ranks to hold the second highest office in the country claimed there were people from rich families who were not happy with his progress and were hell-bent on scuttling his dream.

“Let us accept that people from humble backgrounds have gotten themselves somewhere and can equally excel in the political arena,” said the DP.

While he holds dreams of running a progressive government free of traces of graft, Ruto has a stinking political career that dates back to the days of KANU regime where he is discredited for presiding over massive looting and squandering of public funds through the infamous YK92 corruption episode.

He is accused alongside former Lugari MP Cyrus Jirongo of almost running down the economy of the country through random dishing out of money and briberies to ensure the then president Daniel Moi recaptured his seat.

Ruto is also adversely mentioned in a series of scandals spanning from land to maize syndicates, all of which he has blatantly dismissed.

Serena knocked out of Australian Open in shock upset by Wang