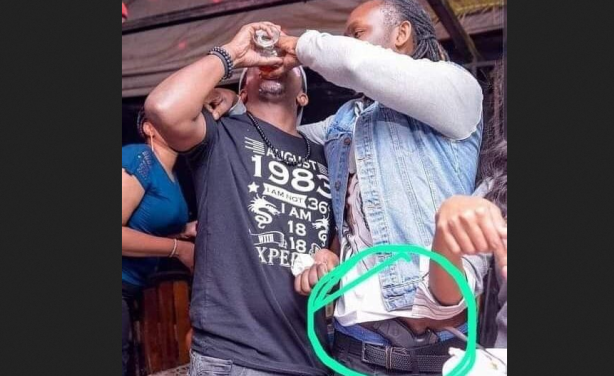 DJ Moh Spice was photographed with a pistol tucked under his belt during the birthday party of DJ Kym Nickdee held at K1 Club. The photos went viral on social media. According to the Directorate of Criminal Investigations, the DJ had no case to answer on accusation of firearm licensing and he was released on the day he was arrested.

The DCI also noted that the entertained is a licensed firearm holder and it is upon the national gun owners association of Kenya to determine what to do with him being a member.

Civilians licensed to carry guns are required to conceal them at all times.

His firearm is still held by authority for full examination as is the norm.

He was released on police bond with no criminal charges but he faces disciplinary measures.

On Wednesday, the Directorate of Criminal Investigations (DCI) said DJ Moh Spice was arrested following an outcry from the public.

A Steyr pistol and 174 rounds of ammunition found in his possession was confiscated.