Liberia businessman calls for Monrovia to be renamed 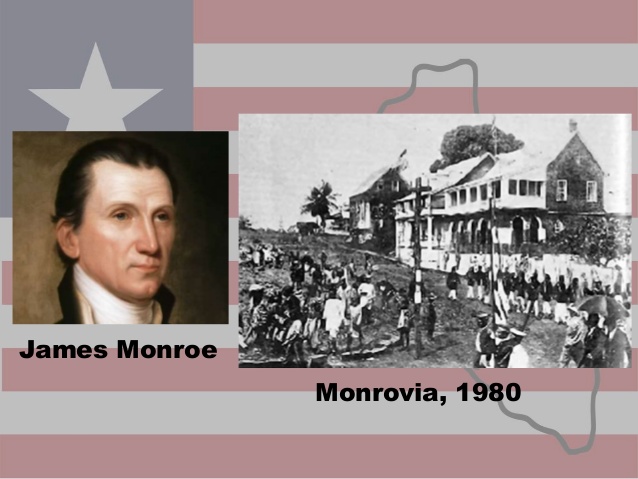 A Liberian businessman has written an open letter calling for the nation’s capital city Monrovia, named after 19th Century US President James Monroe, to be changed.

J Patrick Flomo, who lives in the US state of Ohio, told BBC Newsday:

“For us to honour him, naming our capital after him, it is an abomination to our heritage and to ourselves.”

Liberia was founded by freed American and Caribbean slaves in 1822.

Two years later, the capital was renamed in honour of President Monroe who supported the American Colonization Society that had been created to return freed American-born slaves to Africa.

But Monroe was also a slave owner himself.