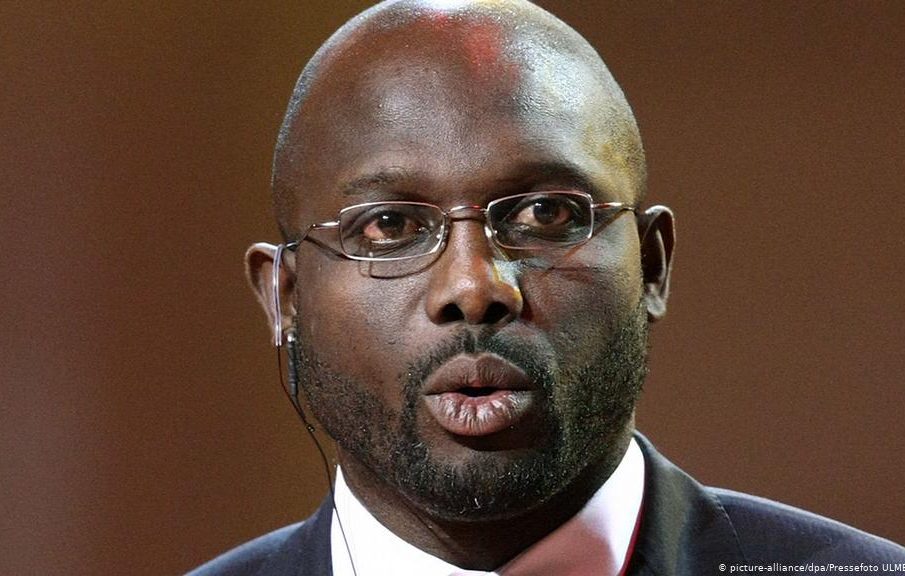 President George Manneh Weah has asked his supporters from the ruling Coalition for Democratic Change (CDC) to desist from acts of violence, days after they waged terror against opposition leaders Alexander Cummings and Rep. Yekeh Kolubah in the southeastern city of Zwedru, Grand Gedeh County.

“If you love me, if you support me, please be peaceful and developmental,” the Executive Mansion quotes Mr. Weah as telling his supporters on Sunday, 2 August at his Forky Kloh Jlaleh Family Fellowship Church in Rehab.

The gang of angry folks in their hundreds invaded the lodging place of Mr. Cummings who chairs the Collaborating Political Parties (CPP) and Montserrado County District 10 Rep. Yekeh Kolubah and their entourage in Zwedru, stoning the building that hosted the victims as well as their vehicles.

Joint state security forces failed to make any arrest of a suspect for the mob action carried out against the opposition figures by the ruling party supporters, and it took the intervention of the Armed Forces of Liberia (AFL) to disperse the attackers.

The attackers were demanding Mr. Kolubah and Mr. Cummings to leave the county as a way of expressing their anger against Kolubah’s criticisms and insults against their political leader Mr. Weah.

But the Executive Mansion says President Weah has reiterated his objection and detestation of violence and unrest in Liberia, reminding his supporters that the country witnessed so much of violence for long at the expense of peace and normalcy.

According to President Weah, everyone has the right to move about freely in any part of the country, telling his supporters that there are ways under Liberia’s democratic system by which citizens reject people whose behaviors or political ideologies don’t match theirs.”Either you stay away from assemblies where they are found or you vote,” he says.

“Remember that I promised the people of Liberia that my administration will maintain zero tolerance for violence but will maintain the peace, build roads and improve the lives of all,” Mr. Weah is quoted in the release as saying.

According to him, the 14 years civil conflict which left over a half million Liberians and many more traumatized and displaced is sufficient lesson for all Liberians to eschew violence and trouble which got no place in Liberia’s fledgling democracy.

According to the Executive Mansion, Mr. Weah’s assertions come in the aftermath of reported hostile act carried out by some residents of Zwedru City, Grand Gedeh County, to officials of the opposition Collaborating Political Party, Mr. Alexander Cummings and District #10 Representative Yekeh Kolubah late last week.

The Mansion says the “citizens reportedly went amok in demand of Representative Kolubah’s immediate expulsion from the city-a hostile reaction they justified on the Representative’s habitual verbal attacks, including profanities, against President Weah.”

During regular worship service at the Forky Kloh Jlaleh Family Fellowship Inc, President Weah called on all Liberians to be peaceful and adhere to the tenants of democracy, as violence is not the answer to Liberia’s development challenges. Further, he describes the recent happenings in Zwedru City undemocratic, saying those culpable will be brought to justice.

“This country witnessed too many instabilities that didn’t benefit us as a nation and people. Hostility is not the answer,” he says.”We must focus on maintaining peace, order and adherence to the law. With peace we can develop our country,” he continues.

The Mansion says Mr. Weah has asked the Ministry of Justice to quickly investigate the incident in Grand Gedeh County, saying Liberia will never return to its ugly past under his watch as President of the Republic.

Davido’s ‘A Good Time’ Album Reaches Over a Billion Streams