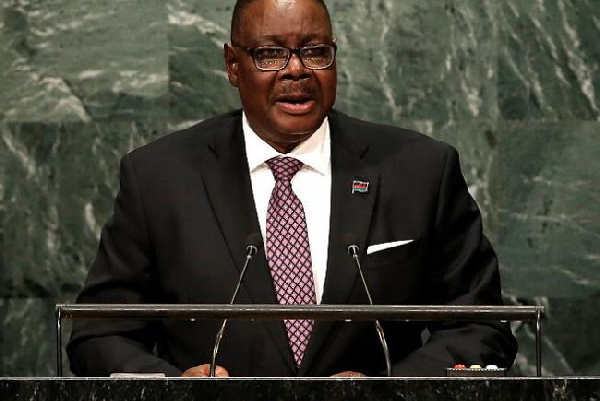 Malawi’s President Peter Mutharika made a last-ditch bid to win re-election on Saturday as candidates for next week’s hotly contested election wrapped up their campaigns at rival rallies across the country.

Former law professor Mutharika, 78, is trying to secure a second five-year term in Malawi, a southern African country heavily dependent on foreign aid which has experienced severe droughts in the past decade.

Addressing thousands of supporters in his stronghold in Blantyre, the nation’s commercial capital, Mutharika highlighted the country’s relative economic stability during his government and said he wanted to win “without trickery and in peace”.

“I found a broken economy. And I have fixed it,” he told the crowd, many of whom were dressed in traditional bright blue clothing emblazoned with the symbol of his Democratic Progressive Party.

While there are no reliable opinion polls to forecast the outcome of Tuesday’s election, analysts expect a tight race between Mutharika and two leading opposition candidates — Deputy President Saulos Chilima and Lazarus Chakwera, who heads the second-largest party in parliament.

On the outskirts of the city of Lilongwe, Mutharika’s former ally-turned-foe Chilima told supporters the president was corrupt and should not be allowed to stand, vowing to tackle graft and lower fertiliser prices if elected.

Mutharika denies his government is corrupt and says he has achieved important successes improving infrastructure and lifting agricultural output since he took office in 2014.

Chilima said on Saturday he would grant a temporary amnesty to anyone who had looted public money in the “Cashgate” graft scandal which was uncovered in 2013, prompting some donors to cut off critical budget support.

Chilima, 46, who has targeted young voters with a vibrant social media campaign featuring hip-hop videos, also said he would set up a fund for young entrepreneurs.

Yotham Phiri, a civil servant at Chilima’s rally, said he wanted to see a younger man take over who would halt corruption.

Pastor Lazarus Chakwera, 64, who leads the Malawi Congress Party, the second-largest party in parliament, has also made corruption-fighting a key campaign message.

He told his closing rally on Saturday he wanted to change the law so the head of the country’s anti-corruption bureau would no longer be appointed by the president.

Guinea disqualified from U-17 World Cup for age-cheating

Bodies of ‘twins’ found in clean-up of Kenya river