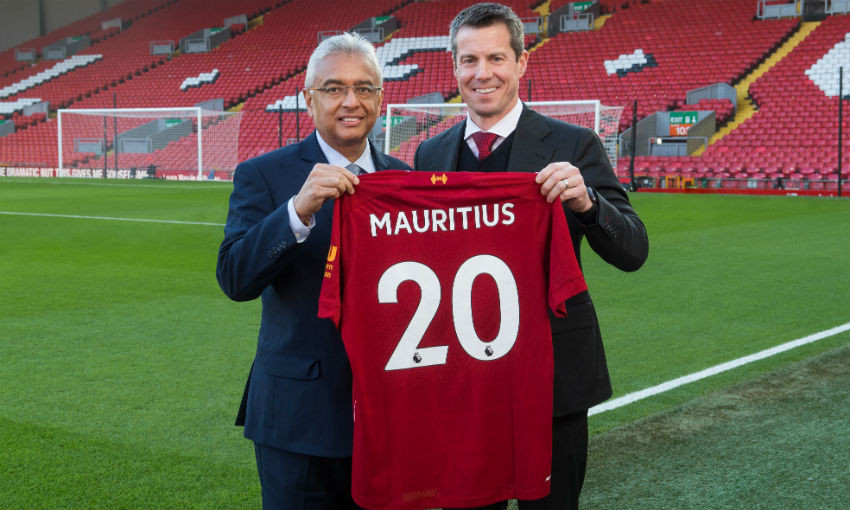 Liverpool have announced a three-year partnership with the Mauritius Tourism Promotion Authority and Economic Development Board as their tourism and economic development partner.

The Reds disclosed the agreement on Monday as they aim to help the island nation boost their drive in becoming a leading global tourist destination and business hub of Africa.

A year ago, Liverpool who are the 2019-20 Premier League champions opened an international academy in Mauritius and Chief Commercial Officer of the club, Billy Hogan is thrilled with the continuous relationship between both parties.

“This is an exciting partnership and we’re delighted to build on our existing relationship with Mauritius following the opening of the LFC International Academy on the island in July 2019,” Hogan told the club website.

“We have a large, passionate fan base in Mauritius, and we’re pleased to be able to bring our supporters closer to the club through this partnership.

“We look forward to working with Mauritius Tourism and its Economic Development Board to support their ambition to further establish the country as a leading tourist destination and economic forum.”

Earlier this year, Prime Minister of Mauritius Pravind Kumar Jugnauth visited Anfield and he is pleased by the partnership with the Reds who share common values with the country.

“Mauritius is proud to be an official partner of Liverpool Football Club, a global football elite [club] and the Premier League champions,” Jugnauth said.

“We both share common values of dedication, determination and unity. This collaboration aims at strengthening and propelling Mauritius as a thriving economic powerhouse and a world-class tourism destination.”

Mauritius are the second African country to partner a Premier League club for tourism promotions after Rwanda’s relationship with Arsenal through its Visit Rwanda initiative.