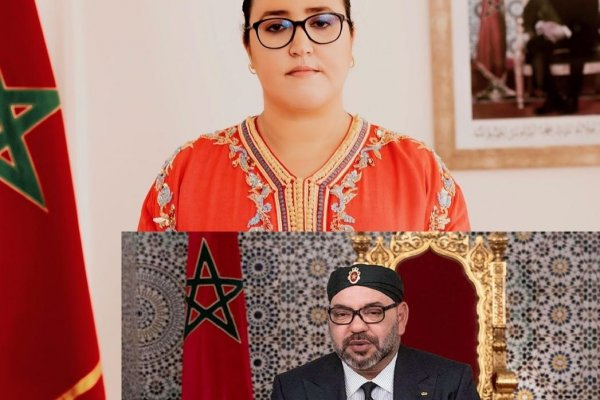 As Morocco marks the 21st Anniversary of the enthronement of King Mohammed VI, on Thursday, Mrs Imane Ouaadil, her Ambassador to Ghana, says it is pushing a new developmental agenda for Africa to rely on her own resources – the “human genius and wisdom” – to transition to a more prosperous continent.

Ambassador Ouaadil said the North African country, bordering the Atlantic Ocean and the Mediterranean Sea, had therefore, opted to share and transfer its know-how and “offering to build a safe, solidarity-based future for all Africans.”

“We enthusiastically invite Ghana to join in our country’s dynamism and give new impetus to our vision for the continent. We must work together to enable Africa to enter an era of prosperity, the Ambassador said in an interview with the Ghana News Agency to mark the Throne Day, symbolic a symbolic day of pride in the nation’s independence, culture and monarchy.

“Africa has to be proud of its resources, its cultural heritage and its spiritual values”.

Madam Ouaadil said under the leadership of King Mohammed VI, Morocco was promoting South-South cooperation, fostering peace and stability on the continent and leading on key thematic issues for Africa’s progress.

It was also calling for greater regional integration and development of mutually beneficial economic partnerships among African nations based on solidarity and respect.

She said as a staunch defender of “African responses to African challenges,” the Kingdom had during the trying times of COVID-19 pandemic, donated eight million masks and tonnes of medical supplies to the African Union through Africa Centre for Disease Control and to 17 other African countries.

Ambassador Ouaadil said the global health crisis had shown that tangible intra-African solidarity must emerge and African unity and resilience must be at the forefront of the continental agenda and programmes, which she explained, was demonstrated by Moroccan companies based in Ghana, generously contributing to the Ghana COVID-19 Relief Fund.

The Ambassador said Morocco had become the top African investor in West Africa and the second biggest on the continent with an outflow of USD 4.5 billion, and that 62.9 percent of Moroccan Foreign Direct Investments (FDI) directed to sub-Saharan Africa covering the following sectors: Banking (31 per cent), Telecommunication (21 per cent), Industry (12 per cent), Real Estate (11 per cent), Holdings (10 per cent), other Service (9 per cent), trade (5 percent) and insurance (1 percent).

Under the leadership and instructions of King Mohammed VI, the Ambassador said, Africa had been placed at the heart of Morocco’s diplomacy, with the Kingdom now being the top African provider of study grants targeting African students.

She said through The Moroccan Agency for International Cooperation (AMCI), Morocco had trained over 25,000 graduates from 47 African countries, including Ghana.

The Ambassador said in addition, hundreds of sub-Saharan African professionals were provided vocational training in its “centres of excellence” to benefit from Morocco’s experience and know-how in different disciplines.

The Ambassador said Morocco strongly believed that the mobilisation of private investments on the continent was essential to African economic integration to help to create jobs, improve productivity and increase exports.

On the progress made to actualise the 25 agreements signed during King Mohammed VI ’s visit to Ghana in 2017, she said, ‘a special impulse was given to encourage private companies in both countries to work together’.

Many of the agreements, she said, had been put into effect with the GCB Bank Limited of Ghana and Attijari Bank of Morocco, signing in 2018 an agreement complementing the MoU signed during the visit.

The agreement, she said, was encouraging the two institutions to function as correspondence banks to facilitate trade and finance, deepen capital markets and jointly organise trade missions aimed at strengthening bilateral trade and investments.

Mrs Ouaadil said the strategic partnership between the two banks had since then been effective and opened up new market perspectives for both parties, adding, “More Moroccan companies have come to Ghana this year in different sectors of activity and more will come after the pandemic settles, so we are very optimistic.”

On her country’s role in the African Continental Free Trade Area, she said, “For Morocco, AfCFTA is a milestone and a historic move on the path to realizing the continent’s long-standing aspirations of comprehensive intra-African exchange.

“This initiative by Africa, for Africa, is a critical step towards the achievement of multifaceted development in Africa, and a pragmatic step towards an integrated, prosperous Africa, which is attuned to international realities.”

She said after developing modern infrastructures such as the biggest port in Africa (Tangier Med port), the largest solar plant (Noor), the first high speed bullet train on the continent and the Middle East and North Africa (MENA) region, the new focus of Morocco was the development of regionally integrating infrastructure projects.

The Throne Day, marked with both official and informal events across the country, is said to reflect “the renewal of the act of allegiance between the Throne and the Moroccan people, their attachment to the national constants and the particular place of the Monarchy in the collective memory and in the heart of all Moroccans”. The Monarchy is one of the oldest in the world, dating back to 12 centuries. However, Morocco is a Constitutional Monarchy, while in 2011, the Constitution strengthened the democratic system to emphasise the multicultural and multi-religious character of the society.

King Mohammed VI, who is of the Alaouite Dynasty, ascended the throne in 1999, following the passing of his father, King Hassan II.

In the past two decades, the King, Ambassador Ouaadil said, had implemented major reforms that had brought notable achievements to the country and made Morocco an oasis of peace