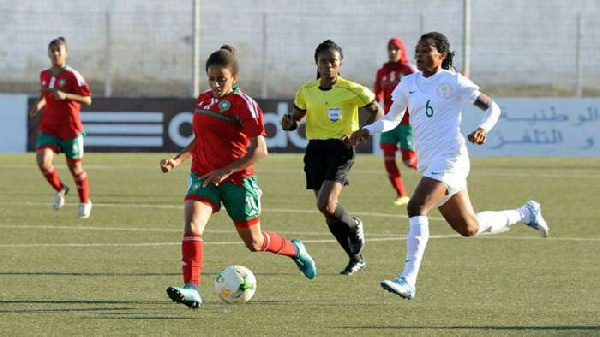 Following in the footsteps of Caf, the North Africans have launched their strategy to further improve the women’s game in the country.

The Royal Moroccan Football Federation (RMFF) unveiled their 2021-2024 development plan on August 6, charting a future path for the growth of women’s football in the country.

The development comes just two weeks after the African ruling body, Caf, unveiled a four-year strategy and also comes after hosting a women’s football summit in Marrakech two years ago.

With a focus on Women’s Leagues and grassroots development, the regional and the national teams’ administration are areas targeted for growth by Lekjaa in his inaugural address.

According to Lekjaa, his leadership is aiming to raise the value of women’s football by developing a participatory business strategy to actively engage girls at grassroots level from schools.

Also Read:   Serena knocked out of Australian Open in shock upset by Wang

Before announcing the appointment of Wafa Bakush as NWFL director-general, Lekjaa urged stakeholders to support the success of the plan in a bid to take women’s football to the next level.

In the same vein, Ala, the NWFL president, said the plan will ensure the expansion of the practice base and restructuring teams while applauding the Federation’s interest to grow the women’s game.

The women’s football strategy is built on three areas of development, which are comprised of sporting development, financial investment and technical growth.

The sporting aspect will involve the launching of a professional tournament with its first and second divisions, starting in the next football season, and establishment of a national championship for players under 17 years of age, and regional championships for the youngest groups.

Ten million Moroccan Dirham will also be allocated to the regional bodies to advance women’s football, with full compliance to the plan.

On the technical area, it will raise the number of girls and women playing football in the country to 90 thousand in 2024, and form 1000 technical frameworks for the women’s football clubs.

With this move, Morocco will be aiming to qualify for the 2022 Africa Women’s Cup of Nations for the first time since 2000 following their triumph at the 2020 UNAF Women’s Tournament in February.

Nigerian musician sentenced to death for blasphemy against Prophet Muhammad