Nearly 100 killed in babaric attack on village in Mali 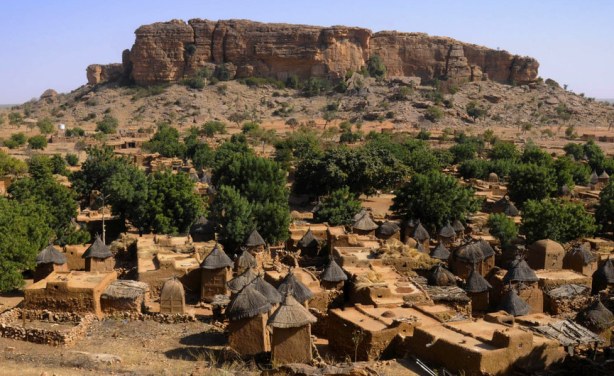 Nearly 100 people were killed in an overnight-Sunday attack on a village in central Mali officials said Monday, blaming “suspected terrrorists.” It is the latest bout of violence to hit the fragile region. There was no immediate claim of responsibility.

“Armed men, suspected of being terrorists, launched a murderous attack on this peaceful village,” a government statement said Monday.

The attack took place in the ethnic Dogon village of Sobane, in Mali’s central Mopti region, where Dogon hunters and members of the largely nomadic Fulani ethnic group have repeatedly clashed in recent months.

“Right now we have 95 dead civilians. The bodies are burned, we are continuing to look for others,” an official in Koundou district, where the village of Sobane is located, told AFP news agency.

The village is home to 300 inhabitants, but on Monday barely 50 of them had been accounted for.

A Malian security source at the site of the massacre said “a Dogon village has been virtually wiped out.”

A survivor who gave his name as Amadou Togo said “about 50 heavily armed men arrived on motorbikes and pickups.”

“They first surrounded the village and then attacked — anyone who tried to escape was killed.

“Some people had their throats cut or were disembowelled, grain stores and cattle were torched. No one was spared — women, children, elderly people,” Togo added.

An association of Dogon traditional hunters, called Dan Nan Ambassagou, deplored the “barbaric and vile” attack which it described as tantamount to genocide.

There was no immediate claim of responsibility, but tensions have been rising since an ethnic Dogon militia was accused of carrying out a massacre in an ethnic Fulani village in March.

About 160 Fulani villagers were slaughtered in that raid–the bloodiest yet–by suspected Dogon hunters near the border with Burkina Faso, prompting Mali’s government to resign last April over its inability to curb the violence.

The Fulani are primarily cattle breeders and traders, while the Dogon are traditionally sedentary farmers.

On 16 May, the UN peacekeeping mission in Mali (MINUSMA) announced it had recorded “at least 488 deaths” in attacks on Fulanis in the central regions of Mopti and Segou since January 2018.

“It is a shock, a tragedy,” MINUSMA chief Mahamat Saleh Annadif said on the latest bloodletting, noting that it came at a time “when we are discussing the renewal of the (MINUSMA) mandate.”

Donor countries to MINUSMA are to meet at the UN on Wednesday. A decision on renewing the force’s mandate is expected by 27 June.

Speaking at the UN headquarters in New York, Annadif voiced regret that the Malian authorities had not been present enough in the area to prevent such violence, and had dismissed warnings of “further escalation” by UN chief Antonio Guterres.

In Monday’s statement, the Malian government expressed its condolences and said “every measure will be taken to arrest and punish those responsible for this bloodshed,” adding that an investigation was under way.

“Reinforcements are currently deployed in the sector and carrying out a wide-ranging search,” it said in a statement.