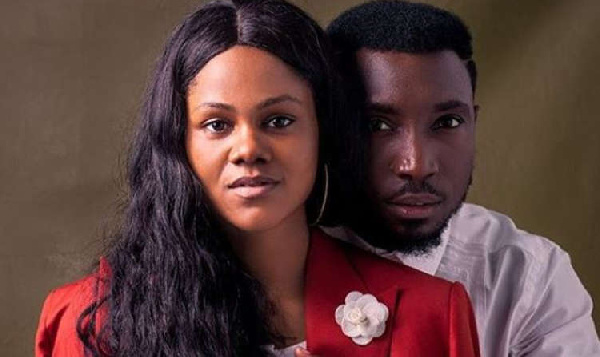 A Nigerian couple at the heart of a rape accusation against a leading pastor in the country, say their lives are at risk.

Photographer Busola Dakolo and her husband Timi Dakolo held a press conference in Nigeria’s commercial hub Lagos on Sunday. Mr Dakolo is quoted by online newspaper Premium Times as saying: “We have been followed, our home has been watched.”

In a widely-shared video last month, Ms Dakolo alleged that Biodun Fatoyinbo of the Commonwealth of Zion Assembly (Coza) raped her as a teenager, prompting protests at branches of the church. The pastor has denied the accusation, and has since “taken a leave of absence from the pulpit of the church”.

On Saturday, Mr Dakolo posted on his Instagram page that some police officers forced their way into his home, and attempted to take him and his wife away.

Our lawyers had told us to get ready for this letter. We have long been ready for this type of institutionalized intimidation and dirtiness. Investigating officials have frustrated as a result of underhand delay? Dirty bloggers are fabricating things that cover the truth , going to the IG’s people under dark to force this case to be posted to Abuja? Now this: a false investigation in Abuja when our own petition filed since June has not been answered and NO INVITATION HAS BEEN MADE TO THE ACCUSED IN A RAPE CASE????! NOT ONE MOVEMENT TOWARDS JUSTICE??? Rubbishing the legal and criminal system ? And sending a bus load of questionable armed “policemen” and shady men lying in wait to intimidate my wife and children today, forcing their way into my home? Is that how the REAL police delivers a letter ? This is best you can do? This is why all the hurting women and families havent come out with HORRIBLE THINGS DONE TO THEM???!! You picked the wrong one and you picked the wrong time. Nigerians are more awake than you think . I will fight for my wife and my children -it’s the promise I made with my life and one I intend to keep .I will defend them from the unrelenting attack of a weak man who thinks he can use money and power to cover for all of his crimes. Like I said ,we have since been ready . GIVE US THE FIRE, THEN WATCH ME WORK!

The police later confirmed they invited the couple as part of an on-going investigation touching on the “wider and highly publicised case involving Bisola Dakolo, Pastor Biodun Fatoyinbo and others”.

The actions of the police were criticised online and drew reactions from Amnesty International and Nigeria’s first lady, Aisha Buhari.

Tagging the country’s police chief, Mrs Buhari shared a report about the way the Dakolos have been treated and added the hashtag #SayNoToRape.