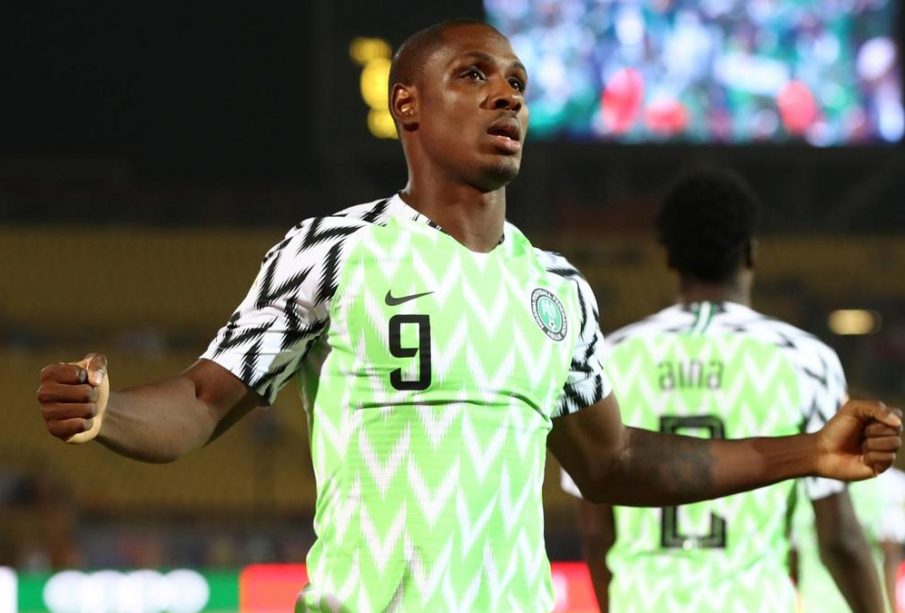 Nigeria striker Odion Ighalo has told BBC Sport that the decision to call time on his international career was the “hardest” of his life.

The 30-year-old, who finished as top scorer at the 2019 Africa Cup of Nations with five goals, confirmed his immediate retirement from international football on Friday.

The former Watford striker scored 16 goals in 35 appearances in a Super Eagles career spanning four years after making his debut in March 2015.

Ighalo said it had been a hard decision to make but added: “You always dream of playing for Nigeria as a boy and luckily I managed to do it from the under 20s to the senior side.

“But you only need to take the time to reflect and tell yourself the truth, even though it was the hardest decision to make in my life as a footballer, I think it is the right one.”

The Shanghai Shenhua of China player endured death threats aimed at his family after failing to score at the 2018 World Cup last summer.

But he produced seven goals to finish top scorer in the 2019 Nations Cup qualifying and his five goals and one assist helped Nigeria finish third at the tournament in Egypt.

He added: “I feel honoured to finish as top scorer in Egypt with the help of my teammates and coaching staff. Personally, it is also time for me to give way to the promising young players in the national team set up.

“I am extremely proud to have represented my country – and despite not reaching personal and collective ambition as a team – I have really enjoyed every moment.

“I returned to China with an injury and I now plan to focus on my club career.

“I’m going to support the country as a fan now and hopefully return to help my club as soon as possible.”

Ighalo captained his country’s youth side at the under-20 World Cup in 2009.

He made his senior debut six years later in an international friendly at home to Uganda in Uyo.

Ighalo only made two tournament appearances for the West African nation, yet his 16 goals at international level rank him among the country’s top six scorers.

Despite efforts by the Nigeria Football Federation (NFF) president Amaju Pinnick to convince him to have a change of heart, Ighalo says his decision is final.

“I respect him [Pinnick] a lot, so I listened to him. Then I discussed it with my family and we all decided that now is the right time to leave the national team for those coming up,” he added.

“I believe the squad has enough talent coming through that will hopefully help the country improve going forward.

“It’s been tough and I just need to get back on my feet again after this injury in Egypt. To finish as the top scorer in Egypt is the perfect ending, I thank my country for the opportunity.”