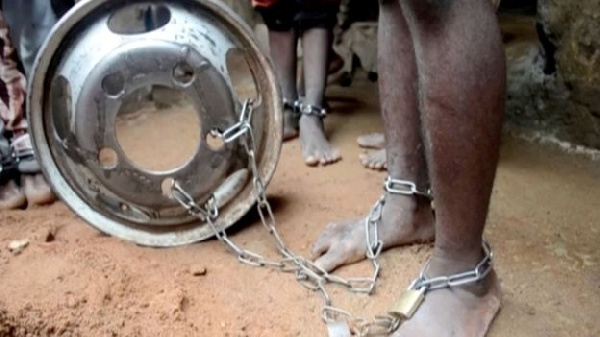 Police have freed 15 children from an Islamic school in central Nigeria where they were kept in chains and tortured, police are quoted as saying to the AFP news agency.

AFP adds that the children were aged between two and 10 and were discovered on Sunday in the town of Suleja in Niger state.

They were found in a “dehumanising condition” with signs of torture, regional police spokesman Wasiu Abiodun is quoted as saying.

He added that the cleric who ran the school was arrested during the raid.

Parents in Nigeria have been known to take their troublesome children to religious rehabilitation centres for discipline.