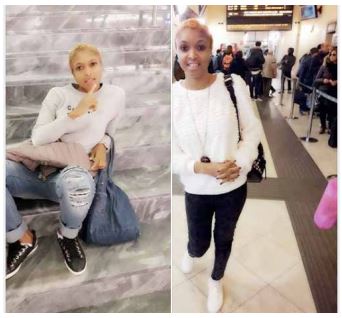 The identity of the Nigerian lady who was killed in Italy over sex has been revealed. The deceased identified as Blessing Benedicta Daniels but popularly known as Anita, was a Nigerian sex worker in Italy. She was murdered by Leopoldo Scalici, 40, and he reported himself to the police after the murder thereafter he was detained. Of course there is a different version of events leading to her death; according to other sex hawkers who spoke under anonymity claimed that she was killed by the Italian for her failure to sexually satisfy him.

According to Italian website, Modena Today, Scalici approached Benedicta on the streets of Modena North for sex over the weekend. He loaded her on board the van on which he was travelling to reach a secluded place where they were believed to have had sex.

Benedicta was reportedly killed after the duo had had sexual intercourse and an argument had broken out, which led to Scalici hitting the Nigerian prostitute with a heavy object on the face and head.

Also Read:   Mother who killed her daughter’s raper set free by the court in South Africa

It was however speculated that Scalici hit Benedicta because he wasn’t satisfied sexually. Another version says he probably murdered her when she demanded for her money as they must have agreed before she boarded his vehicle and traveled with him to where she was murdered. Italian police have detained Scalici, after he voluntarily confessed to the crime. And investigation is ongoing on the matter. The Nigerian Embassy had been informed of the incident and other Nigerians are demanding justice for her.

Just Skirt presents Business Seminar for would be entrepreneurs in Amsterdam.