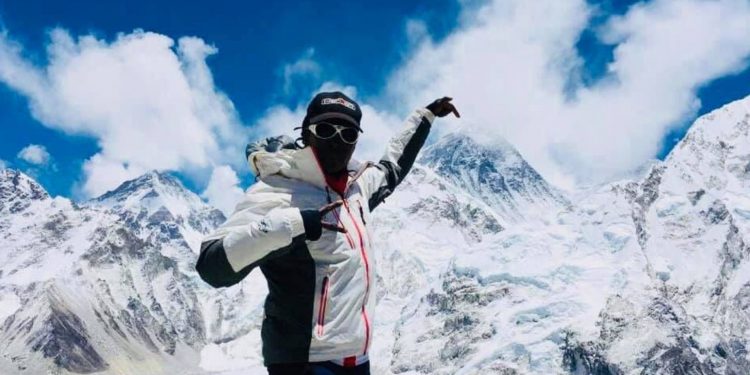 South Africa has another hero to rally behind on Thursday. Saray Khumalo tore up the records book when she reached the summit of Mount Everest for the first time. Her ascent is unique, as she is the first black African woman to ever get to the very top of the mountain.

Khumalo completed her climb to the top of the world’s highest point in the early hours of Thursday morning. It marks another impressive scalp for the mountaineer, who has also conquered Kilimanjaro and Aconcagua. However, at 8 848 metres tall, Everest quite literally tops the lot.

Who is Saray Khumalo?

This wasn’t her first attempt at taming the beast, either. Saray Khumalo has had four previous climbs up Mount Everest scuppered by treacherous conditions. On her most recent attempt in 2017, the climber came agonisingly close to achieving her dream: She had to call it quits when she was just 100m from the summit.

However, this near miss did nothing to deter her spirit, and Khumalo has set the benchmark for others who want to follow in her footsteps. Her remarkable achievement puts her in a very select group, as less than 5 000 people have ever managed to scale these heights.

When she’s not performing vertical miracles, Saray Khumalo plies her trade as a businesswoman. The Johannesburg resident is the Head of eCommerce & Partner Management for Multiply, a branch of the Momentum insurance company. She is also a Mandela Libraries ambassador, a social entrepreneur and a mother to two boys.

She’s also good for an inspirational quote or two. While being profiled for her company as part of Women’s Month, Khumalo said: