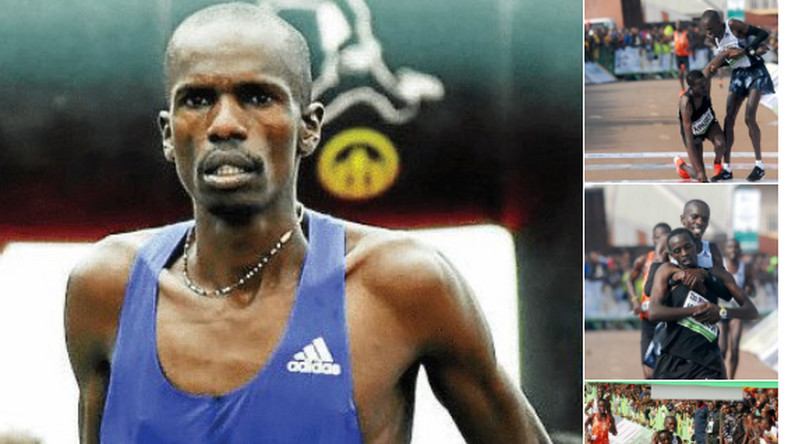 Simon Cheprot was participating in the Okpekpe International 10km Road Race which was held in Edo State of Nigeria on Saturday, May 25 when he noticed that a Kenyan colleague, Kenneth Kipkemoi had collapse.

Instead of finishing the race because he was almost at the finish line, the compassionate runner ignored the title and its accompanying material goodies and lifted the victim up.

Although he lost the race as a result of his humanitarian gesture, he helped in saving the life of his colleague.

Cheprot’s unbelievable selflessness touched organisers of the athletic competition, and they gifted him KSh 1 million in reward.

”Simon may not have fulfilled his ambition of becoming the first athlete to win two Okpekpe titles since 2013 when we began this race but he came to Okpekpe this year, ran and left as the hero. He did not win any medals but he won hearts,” Mike Itemuagbor, the event promoter is quoted as saying.

Since the inception of the Okpekpe International 10km Road Race in 2013, Cheprot won the men’s category in 2016 and was first runner up in the 2018 edition.

Apparently, his aim was to take the first position again this year to become two times winner, but he sacrificed it for the life of his opponent.

We must all learn to sacrifice for one another just as Cheprot has done.