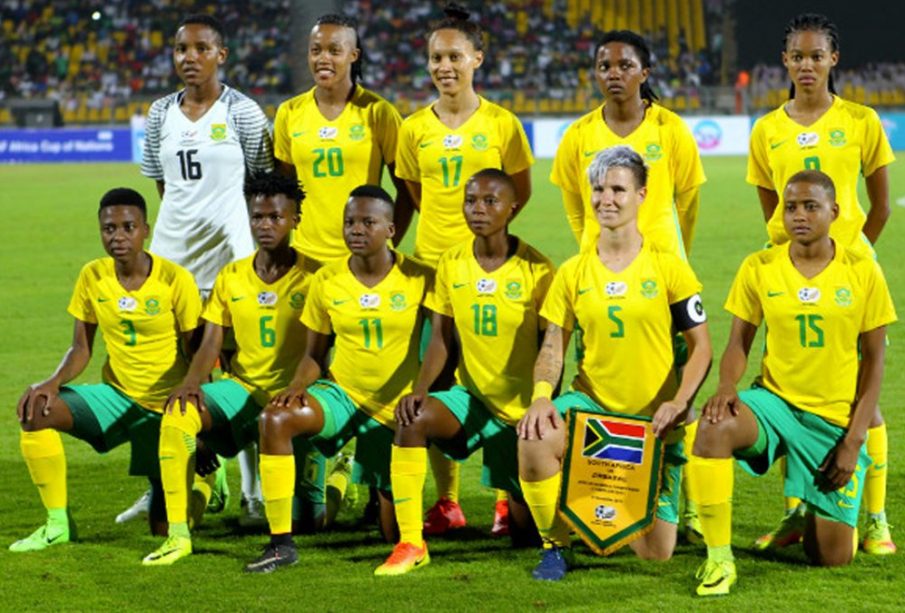 South Africa women’s national team, Banyana Banyana will for the first time receive same amount of bonuses as the men’s team when they take part in the FIFA World Cup in June, according to country’s football association president, Danny Jordan.

“This will go a long way towards closing the pay gap between men and women footballers in this country and is a happy day for South Africa football”. Danny Jordan said.

The men’s team, Bafana Bafana will in June play in the African Cup of Nations (AFCON) in Egypt.

The players will get $ 22,000 if their teams are able to reach the last 16 stage of the two tournaments

“It is truly amazing as you know that we have been fighting for equally in sports for a long time”.

Until now, the men’s team have always earned more in bonuses during qualifier’s or at a major tournaments but Jordan insists this would change when the two national teams represent the nation in the two forthcoming tournaments .