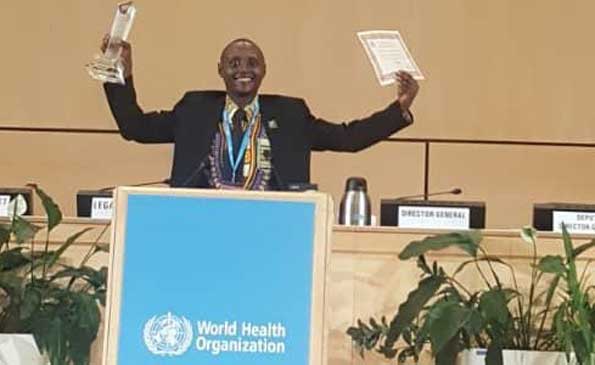 A Tanzanian chemical engineer Dr Askwar Hilonga has been recognised by the World Health Organisation (WHO) for developing a low-cost customizable water filtration system that aims to transform lives people who lack access to safe drinking water.

Dr Hilonga who lectures at the Nelson Mandela African Institution of Science and Technology (NMAIST) was awarded a prize during the ongoing World Health Assembly in Geneva, Switzerland.

He was also attending the World Health Assembly, a decision-making body of WHO. It is attended by delegations from all WHO Member States and focuses on a specific health agenda prepared by the Executive Board.

Motivated to alleviate water-borne diseases, Hilonga pursued his Ph.D. in nanotechnology which entails manipulating atoms and molecules for creation of macroscale products, also now referred to as molecular nanotechnology.

Dr Hilonga went ahead and invented a Nanofilter, a low-cost water purification system which is based on nanotechnology and since then, has won a variety of scientific competitions, which ultimately rewarded him fame as well as enough prize money to fund his own company, Gongali Model Company.