The man who makes music for the smartphone era 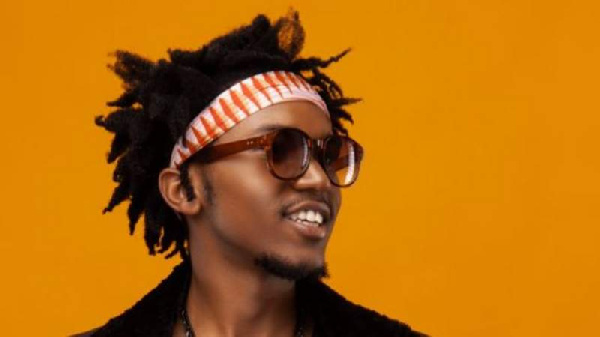 I’ve already tipped Brian Nadra for big things, having picked him as one of my five African music stars to look out for in 2020.

He describes himself as “mellow-voiced” – and he’s not wrong.

Able to switch easily between styles – R&B, reggae, pop, benga, rap, hip-hop – he says his adaptability is a reflection of Nairobi’s current position as a “cultural hotspot”.

“Three years ago, all you would hear in the streets was Nigerian music or Western music, but young kids my age, I would say we’re the revolution. [Now] There are styles from all over.”

Brian calls this revolution the Nairobi New School, a scene fuelled by cultural diversity and the use of Sheng, an urban slang language that fuses English, Swahili and other local languages.

“We use Sheng here. There’s music that is the face of that now, the culture that is bubbling underneath. I still think it is bubbling because it is not making as much noise in Africa as it should.”

Brian and his labelmates, The Decimators, with whom he regularly records and performs, are determined to change that, writing tunes such as Drinx Na Myenx and latest track Entanglement that speak to a new generation who experience music – and life – in a different way.

“I talk about my music being centred around the smartphone era because it’s meeting up, hook-ups, it’s see you on Friday, it’s going out, all of that. It’s a multimedia world right now. I use that as part of my inspiration.”

Ever since his 2017 breakthrough song Leo – an upbeat, pop-tinged paean to the girl you just can’t pluck up the courage to talk to – the 24-year-old has been growing in stature as an ambassador for East African culture, and Kenya in particular.

It is why I named him as one of my artists to look out for this year and why I’ve been playing his songs on the show.

“DJ Edu putting me on This Is Africa really made me feel like I had what it takes, but it also comes with a lot of pressure to perform. All the eyes are on you. I know I’m up to the task so I’m going to do my country proud, all my fans as well.”