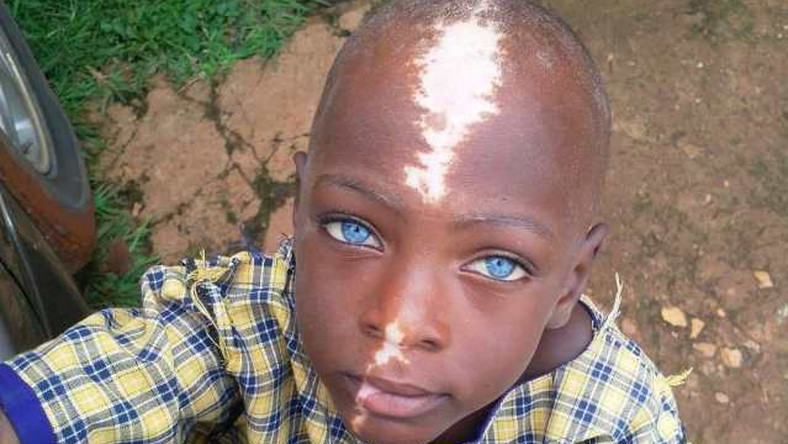 A little boy whose mother is reported to have abandoned him because of his medical condition is trending online due to his skin and eye colours.

The boy reported to be a Ugandan is said to be suffering from “Waardenburg Syndrome”, which according to rarediseases.org is a genetic disorder that may be evident at birth (congenital). … However, primary features often include distinctive facial abnormalities; unusually diminished coloration (pigmentation) of the hair, the skin, and/or the iris of both eyes (irides); and/or congenital deafness.

According to reports, the youngster is perceived by the locals as a witch, for which reason his mother abandoned him with his grandmother, to avoid stigma.

Due to his condition, white patches are formed on his forehead and two hands, which some people claim makes him look like popular movie/cartoon characters in Avatar.

His eyes are also blue-coloured, and reports say he is unable to speak.

The boy has become popular on the internet suddenly after a twitter user, @faray_official posted his photo on twitter and asked others to retweet it.