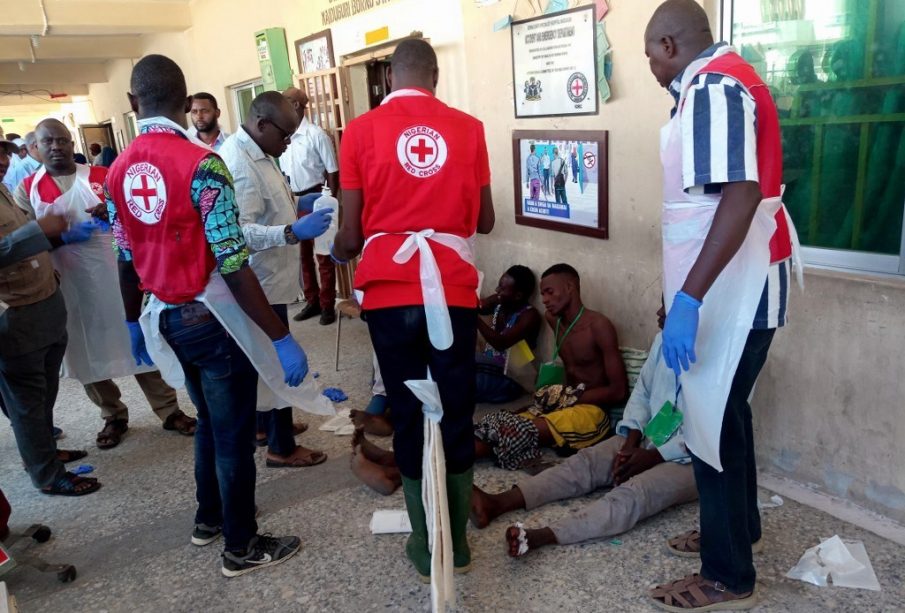 The United Nations has condemned the multiple suicide bombings in the northeast of the country that killed 30 people, including a community volunteer and injured 40 others.

UN Humanitarian Coordinator in Nigeria, Edward Kallon said in a statement in Abuja on Monday that the government must deploy more security solutions to end the spate of terrorist bombings in that part of the country.

“This is another terribly sad day for civilians in northeast Nigeria and for the humanitarians who are working to help them,” Kallon said in the statement.

“The UN and its partners deplore these abhorrent acts of violence and call for those responsible for these attacks to be swiftly brought to justice,” he said.

“Our deepest condolences go to the families of the victims in Konduga,” the UN chief said. “We hope all those injured can access the urgent medical attention they require and wish them a full recovery.”

Three bombers detonated their explosives outside a hall in Konduga, 38 kilometres (24 miles) from the Borno state capital Maiduguri, where football fans were watching a match on TV on Sunday evening.

Although no group has claimed responsibility, the attack bore the hallmarks of Boko Haram, which is seeking to impose a hardline Islamic law in Nigeria’s mainly-Muslim north.

Nigerian President Muhammadu Buhari condemned “the heinous acts”, releasing a statement urging security agents to track down the perpetrators and devise strategies to prevent a recurrence.

Buhari, a 76-year-old retired general, who was re-elected in February, is facing mounting demands to improve security.

The last suicide attack was in April carried out by two female suicide bombers outside the garrison town of Monguno, killing a soldier and a vigilante.

Konduga has been repeatedly targeted by suicide bombers from a Boko Haram faction loyal to longtime leader Abubakar Shekau.